The Islamic calendar, which is based purely on lunar cycles, was introduced in 638 CE (Common Era) by Umar ibn Al Khattab رضي الله عنه, a close companion of the Noble Prophet ﷺ and the second Caliph of Islam. He did it in an attempt to rationalize the various, at times conflicting, dating systems used during his time.

Umar رضي الله عنه consulted his advisers on the starting date of the new Muslim chronology. It was finally agreed that the most appropriate reference point for the Islamic calendar was the Hijrah. The actual starting date for the calendar was chosen (on the basis of purely lunar years, counting backwards) to be the first day of Muharram, the first month of the year of the Hijrah.

The Islamic calendar is usually abbreviated AH in Western languages from the Latinized Anno Hegirae. Muharram 1, 1 AH, corresponds to July 15, 622 CE. The Hijrah is the central historical event of early Islam. It led to the foundation of the first Muslim city-state, a turning point in Islamic and world history.

To Muslims, the Hijri calendar is not just a sentimental system of time reckoning and dating important religious events, e.g. fasting and Hajj. It has a much deeper religious and historical significance.

As an Islamic scholar wrote on the advent of the 15th century of the Hijri calendar, “It (the advent of the 15th century) is indeed a unique occasion to ponder that the Islamic Era did not start with the victories of Islamic wars, nor with the birth or death of the Prophet ﷺ nor even with the Revelation of the Holy Qur’an itself. It starts with the Hijrah, or the sacrifice for the cause of Truth and for the preservation of the Revelation. It was a divinely inspired selection. Almighty Allah wanted to teach man that struggle between Truth and Evil is eternal!”

The Islamic year reminds Muslims every year not of the pomp and glory of Islam but of its sacrifice, and prepares them to do the same. All the events of Islamic history, especially those which took place during the life of the Noble Prophet ﷺ and afterwards, are quoted in the Hijri calendar era. This chronological study is possible only by adopting the Hijri calendar to indicate the year and the lunar month in line with our cherished traditions. 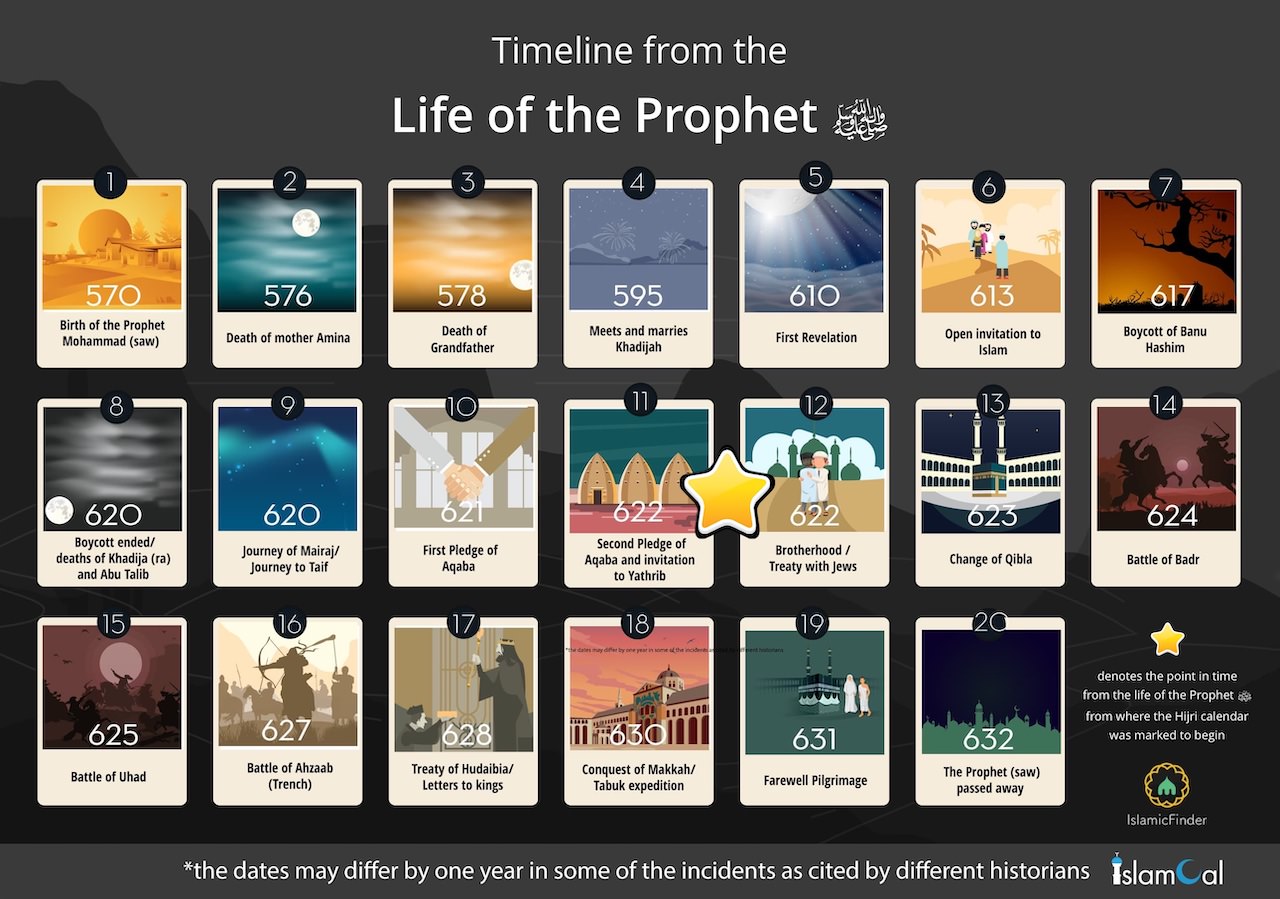